Can ‘PropTech’ increase property returns in a Covid world?

Technology is today enhancing many property activities, disrupting the traditional market through new ‘PropTech’ channels. Most people would agree that this is likely to only increase with continued digital advancement.

In this environment, two broad questions arise: what changes in property returns and productivity are likely to arise from PropTech in a Covid world? And do we need to rethink the effect of technology on property?

We will provide a webinar debate hosted by The Property Foundation

The event follows the publication of a research paper funded and published by The Property Foundation and authored by Professor Graham Squires and Dr Teo Susnjak of Massey University - Machine Learning for Real Estate and Housing Markets.

Asking three key questions that will undoubtedly pull out a number of fascinating themes:

- What ‘PropTech’ aspects are impacting investment returns and productivity?

- What are the ‘PropTech’ opportunities and challenges for the property industry?

- What will be the societal and environmental impacts of ‘PropTech’? 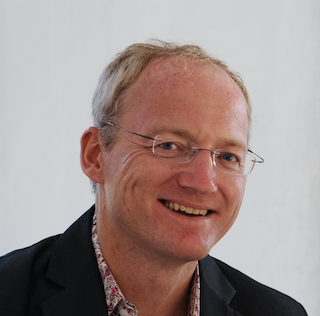 Toby Walsh is a leading researcher in Artificial Intelligence. He is a Laureate Fellow and Scientia Professor of Artificial Intelligence in the School of Computer Science and Engineering at UNSW Sydney, and he also leads the Algorithmic Decision Theory group at CSIRO Data61. He was named by the Australian newspaper as a "rock star" of Australia's digital revolution. He has been elected a fellow of the Australian Academy of Science, a fellow of the ACM, the Association for the Advancement of Artificial Intelligence (AAAI) and of the European Association for Artificial Intelligence. He has won the prestigious Humboldt Prize as well as the NSW Premier's Prize for Excellence in Engineering and ICT, and the ACP Research Excellence award. He has previously held research positions in England, Scotland, France, Germany, Italy, Ireland and Sweden. He has played a leading role at the UN and elsewhere on the campaign to ban lethal autonomous weapons (aka "killer robots").

Toby Walsh regularly appears in the media talking about the impact of AI and robotics on society. He is passionate that limits are placed on AI to ensure the public good such as with autonomous weapons. He has appeared on TV and radio stations on the ABC, BBC, Channel 7, Channel 9, Channel 10, CCTV, CNN, DW, NPR, RT, SBS, and VOA, as well as on numerous other radio stations and podcasts (a recent showreel). He also writes frequently for print and online media. His work has appeared in the New Scientist, American Scientist, Le Scienze, Cosmos, Technology Review, the New York Times, the Guardian, the Conversation and "The Best Writing in Mathematics". His twitter account has been voted one of the top ten to follow to keep abreast of developments in AI. He has given talks at public and trade events like CeBIT, the World Knowledge Forum, TEDx, New Scientist Live and writers festivals in Adelaide, Bendigo, Bhutan, Brisbane, Canberra, Geelong, Jaipur, Margaret River, Melbourne, Mumbai, Nagpur, Pune, Sydney and elsewhere. He has been profiled by the New York Times and the Brilliant, but was even more surprised (spelt embarrassed) to have an IMBD entry and to have been made the cover story of his old school magazine. 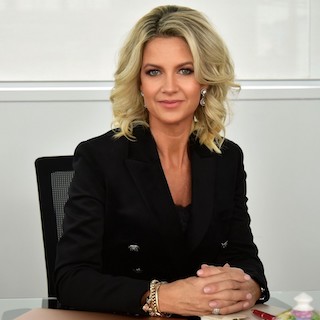 Carmen Vicelich is an entrepreneurial powerhouse with over 20 years of experience developing valuation strategy in banking and using technology and data to create value. In record time she has created two global, industry-leading businesses that do just that.

Purchasing a property is often a significant investment, however, before any bank in the world can lend money for a mortgage, they must first assess its value. Carmen’s company Valocity has revolutionised this process, by digitally connecting lenders, valuers, brokers and customers in One Smart Platform, to streamline the valuation and approval process.

The unique, cloud-based platform is used by some of the world’s largest lenders across New Zealand, Australia, India, and Asia. Valocity has been recognised globally including at the prestigious India FinTech Awards 2019 as Fintech Start Up of the Year, Singapore Top 10 Global Fintech 2018, and Microsoft ISV Partner of the Year 2020.

Outside of founding two data and technology businesses, Carmen mentors several students and business founders, is a regular global speaker sharing her story of innovation, serves on several boards including UNICEF, and is a proud mother of four children.

Greg leads LexisNexis’ businesses in Australia, New Zealand and the Pacific Islands with a focus on helping customers in the Pacific region advance the practice of law through innovative information, technology and analytics solutions.

Greg brings to LexisNexis Pacific a combined twenty years of professional experience in technology, solutions and product operations, with a strong focus on product development, strategy and operational initiatives.  Prior to joining LexisNexis, Greg was the Chief Technology Officer and Head of Product & Solutions at CoreLogic RP Data and has previously held senior management positions at Virgin Mobile UK and Unisys.

Greg is also a contributor to the Australian Financial Review and other industry news websites. He is passionate about thinking outside the box to achieve strategy efficacy and innovate better through use of technology and data.

Professor Squires [CEO of The Property Foundation] will host the webinar and discussion,